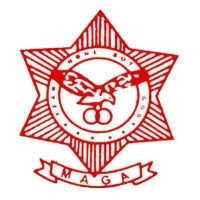 Affiliated to :  Gymnastics Federation of India, and Maharashtra Olympic Association.

Maharashtra Amateur Gymnastics Association (MAGA) was founded in 1958. It is now strongly supported by 33 affiliated districts. MAGA is dedicated to develop gymnastics in the state & its values by encouraging participation, growth & personal success for everyone. MAGA has entered in its 51st year under the able leadership of strong Executive committee and leadership of Shri Sanjay Shete (President) and  Shri Makrand Joshi (Secretary) and representatives from 35 affiliated Districts. Gymnastics activity is percolated up to grass root level in the state by the network of MAGA.

The cultural base for the expression of all body movements are titled as "Gymnastics". Interestingly, the Rules of Gymnastics are concerned with education, Training & activities emphasizing the Physical as well as psychological well being of an athlete. "Physical Education" & "Sport" are the two pillars of interest of international governing body for gymnastics i.e. Federation International de Gymnastics (FIG). Gymnastics is one of the oldest Olympic sports & was first practiced at the ancient Olympic Games where the competitors performed variety of events including running. There are currently 122 federations affiliated to the FIG. In 1896, with the revival of the Modern Olympic Games, gymnastics was included in the program of the first Olympic Games.

The competitive Gymnastics is practiced by both men & women. It attracts & captivates crowds around the world, in the sports arena as well as on television. It is one of the most popular sports in the Olympic program. It is practiced widely around the world. Gymnastics competitions are the demonstration of strength, beauty & courage. It is a powerful means of attracting people.History of gymnastics says that Gymnastics Federation of India (GFI) was founded in 1950 during the national championship held at Vallabhabhai Patel stadium, Worli, Mumbai. GFI, affiliated with Asian Gymnastics Union, having 26 states affiliated, co-ordinates & controls Indian gymnastics.

You are aware that Gymnastics activity contains huge paraphernalia of apparatuses of ferrous types, mats, crash mats & floor mats for safe performance, safety equipment, training kits, electrical & electronic devises to record touch, timing & points. Financial support is one of the major stumbling blocks in its development.  We wish to bring professional, technical & technological advances in the coaching, training & organization of competitions in future. As you know that, Gymnastics is a sport that combines various exercises that improves body flexibility, strength, co-ordination, suppleness, agility & stamina along with neuro-muscular development.